The Original was the Yao Zun in the Beast Demon cultivation world – that is, the Demon Elder. His cultivation had long ago reached the heights needed for ascension to the immortal realm, but he hadn’t tried yet. On this day, the Original had seen that the weather was pleasant, and the day was just right, and so he decided to try to ascend. The result was: as he was undergoing his lightning tribulation, the Male Protagonist dropped down from the skies above.

When the Original had finished his tribulations and was about to ascend to the higher realm, he noticed at his feet laid another body that was not there before. The person was covered in wounds, his cultivation was trashed, and even his Dantian had been completely destroyed.

Upon seeing this, the Original had been stunned pale – his only thought was that this person must have accidentally stumbled in and suffered all these injuries due to his lightning tribulation. And so, the ‘cold on the outside but soft and emotional on the inside’ Original didn’t hesitate to bring out his most expensive medicinal Pills in order to heal the Male Protagonist. However, the Male Protagonist’s injuries were so severe – with his lost cultivation and destroyed Dantian – that even the Yao Zun Original couldn’t heal him.

Helpless, the Original eventually decided to place the ascension Demonic Spirit Bead he had just created into the Male Protagonist’s body, in hopes that it would heal the other. He also brought the man back to his personal dwellings.

The Original had planned to decide what to do next once the unconscious man actually woke up and he could ask the other’s identity, but all he received once the Male Protagonist did wake up was the news that the other had amnesia.

Completely not expecting that this poor man’s life was so destroyed by his ascension lightning tribulations, the Original fell into deeper guilt and self-blame. Without a thought as to why the other had shown up there in the first place, the Original directly accepted the amnesiac Male Protagonist as his apprentice and cared for him, tending to his injuries and even transferring his own cultivation to the other.

It’s just that the Tri-Faction Cultivation Congress held every ten years came along, casting a large boulder on this peaceful plotline and sparking up a storm.

The Male Protagonist, who had followed his Master to the Congress, was inadvertently seen by his ex-Junior Brother, Mo Han. To prevent his actions of the past from being exposed, Mo Han once again extended his claws to the poor Male Protagonist who had already lost his memory.

But now that the Male Protagonist had the Original as his Master, he naturally wasn’t very easy to approach. After several failed attempts, Mo Han finally came up with a devious trick. Under the guise of having information regarding his true identity, Mo Han successfully lured out the IQ-less Male Protagonist and once again seriously injured him, throwing him over a high cliff.

This ‘Son of Fate’ Male Protagonist miraculously didn’t die from the fall. Instead, he was found by another Taoist cultivation sect living in the valley of the cliff, and was rescued.

But did you really think the story would end like this? If so, then you are really too naive.

When the Male Protagonist finally woke up from his serious injury, he found that he actually remembered his identity. However, what he didn’t know was that he sadly forgot all about the Original, his Master who had saved him all those years ago. He also conveniently forgot about the identity of the one who had betrayed him and caused him his first memory loss.

The Male Protagonist with his second bout of amnesia quickly returned to the Qi Sect, informing his fellow Sect members of all the experiences he remembered.

Mo Han had actually been ready for all his wicked actions to be exposed, but to his great surprise, the Male Protagonist forgot about his involvements altogether. Therefore, he happily pushed the blame for both bouts of amnesia, the Male Protagonist’s bodily injuries, and him falling over a cliff, onto the Original.

At this, the plot came to an abrupt end because the Male Protagonist was dead.

After he finished reading through the original plot, Su Yu couldn’t help but breathe out deeply. Although his lover in this world still seriously lacked intelligence, and this plot was also filled with enough dog blood drama to make people want to puke, but at least there was no Female Protagonist in this world! Wow, this was a really good feeling.

“Does Master Host want to see the Main task?” Round Ball floating to the side spoke up, reminding Su Yu.

Su Yu glanced dismissively at the task content, only to be frozen shocked by what he saw.

Faced with such a task, Round Ball simply didn’t even want to look at it. However, this task was actually issued through him….. This was so embarrassing!

Su Yu also unhelpfully revealed a playful look, looking at the little ball in approval, “I very much like this task.”

“BAM.” Round Ball fell to the ground, feigning death and emitting a pink light.

Su Yu looked down and inspected himself. He wore a billowing white robe, giving the impression of an ethereal fairy-like being. He conjured up a water mirror and looked himself over, nodding approvingly. Even though the Original’s face wasn’t too attractive, it held an air of magnificence and was eye-catching, probably because he was a fox spirit.

Su Yu nodded – he was very satisfied with his appearance in this world. Soon though, he realized a strange problem: even though the Original played a large role in the plot, not once had he heard the Original’s name. Puzzled, he asked Round Ball, “What’s my name in this world?”

The little ball struggled to get up from the ground, its fragile mental state actually recovering a little after being asked this question. “Master Host, your name in this world is particularly awe-inspiring – it’s Yao Zun! [T/N: You’ve probably guessed by now that Yao Zun (妖尊) literally translates directly to ‘Demon Elder’]

Born a beast demon and cultivated to the status of an elder. Hence, ‘Demon Elder’.

“……” Su Yu’s eye began to twitch again. He sent a sharp glance at Round Ball, causing the little ball to start trembling fiercely. “Master Host, is there….. is there a problem?”

“Nothing, my hands just feel a little itchy.” Su Yu pushed up the sleeves of his robe, revealing a pair of soft, beautiful, white jade hands. However, in the next moment, this pair of delicate hands grabbed Round Ball and gave it a good squishing and manhandling.

Round Ball cried pitifully. It was almost scared to death ah! This time its Master Host’s name was clearly very powerful and cool sounding, so why was he still hurting him like this? QAQ

Su Yu “played” with Round Ball for a while and finally calmed down, slowly releasing the grip he had on the little ball. His face also reverted to its usual calm and slightly scoffing expression. “So where are we now in the timeline?”

Round Ball really did not want to experience the toxic ‘love’ of its host’s hands again and so it hurriedly went to check on the timeline. “Master Host, the Original has just found the Male Protagonist and given him the demonic Spirit Bead. Therefore, the Male Protagonist should still be unconscious.”

Dual Cultivation is basically cultivating while having sex. Both partners concentrate on rotating their internal energy in specific paths, and into their partner’s bodies. So the energy goes everywhere, in and out of the two people, and it ends up raising cultivation.

Thank you very much! 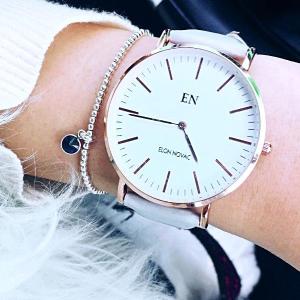